Where is the money on Tumblr? (part 1)

I am at the International Communication Association conference (#ica18) this week. I gave my talk this morning but felt really unsatisfied with it, mostly because while I was speaking I suddenly saw a new way of reframing my approach and liked that so much better. And so, to soothe my soul and also to braindump everything so I don’t forget the magic, I am going to speed blog my thoughts as a stream of consciousness here (as such, please excuse the lack of references, especially to the very good emerging scholarship on Tumblr, etc. But feel free to drop me an email if you would like to be pointed to further resources).

The talk was entitled “Where is the money on Tumblr? Cultures of celebrity and labour in Tumblr’s architecture” and I hope to polish it into a publishable version soon.

If you would like to familiarize yourself with my prior work on Influencer cultures and internet celebrity, click through here.

I have been ethnographically investigating the Influencer industry through the notion of “flows”:

–Flows within a single persona or brand trajectory (i.e. an Influencer’s evolution at the early-, mid-, late- stages of their career);

–Flows within and between cohorts (i.e. sharing social capital within your cohort group, mentoring juniors in younger cohort groups);

–Flows towards generations (i.e. Influencer parents grooming their own young to inherit their social capital);

– Flows within trends (i.e. spillover impacts and consequences as internet fads bleed into physical economies such as fashion, housing, etc);

–Flows across platforms (i.e. how innovations on one social media site stimulate reactions, responses, and similar or intentionally differentiated innovations on competitor sites);

–Flows within ideogeographies (i.e. regional cultural and political norms that manifest in scapes and resist the notion of globality);

In this new project investigating the visibility, celebrity, and commercial culture on Tumblr, I’d like to think about flows in terms of identity-making, identity-marking, and identity-monetizing.

I am focusing on the idea of “voice”. As a percussionist and vocalist, I am going to use musical metaphors. Let’s imagine each specific discourse on Tumblr as a melodic line as in a song. We can have:

–Flows (rhythms, beats, schemes), to characterise how networks of Tumblr users jump in and sit out of conversations through reblogs, reblog-with-comments, and like/heart-as-endorsement actions;

–Cadences (progressions, phrases at the end of sections), to characterise how strands of Tumblr discourse and various iterations of one argument end up approaching stasis as a conclusive political or ethical stand.

In particular, I’d like to focus on the voice of commercial disclosures, content formats, and attention hacking on Tumblr.

This draws from my earlier work on “visibility labour”, which I define as “the work enacted to flexibly demonstrate gradients of self-conspicuousness in digital or physical spaces depending on intention or circumstance for favourable ends”. But what do I mean by this?

You know how each of us plays with ideas of visibility and microcelebrity and ‘likability’ whenever we post something on social media? Most of the time, we would hope that our friends, followers, and fellow platform users acknowledge (i.e. ‘seen’, ‘read’, ‘views’) that they have received our content, indicate an emotional response (i.e. ‘likes’, ‘reactions’, ‘comments’), or better still, amplify our content as a sign of endorsement (i.e. ‘reblog’, ‘retweet’, ‘share’).

Yet while we crave these reactions, we don’t want to come across as ‘trying too hard’ or ‘being too desperate’. In other words, while we participate in and produce the labour in maximizing the reach of our posts, we have to simultaneously convey that this work is effortless, easy, or what I have called “tacit labour“. In other words (again), we actively show some things and conceal others in order to present our best selves for the best intended outcomes, rather than enact the misconception that, on social media everyone is striving for maximum exposure or publicity or engagement all the time. In short, you want to be seen but you wouldn’t want others to see that you want to be seen.

Why is this especially important for commercial messages on Tumblr? Let’s consider some of the platform norms: 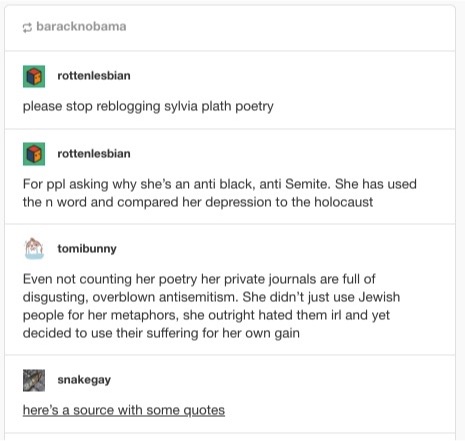 –Tumblr supports call-out culture, asserting that the most socially aware and informed users should be attune to structural inequalities and social faux pas. 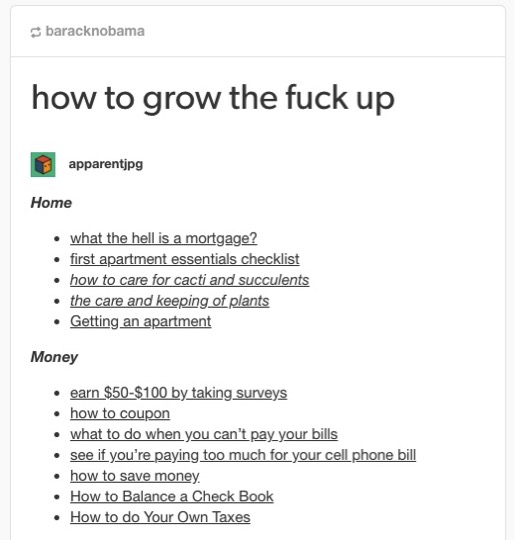 –Tumblr reflects a sense of perpetual arrested development, where most users still feel that they are “learning to adult” while sharing “adulting” tips within an age-cohort as networked common sense. 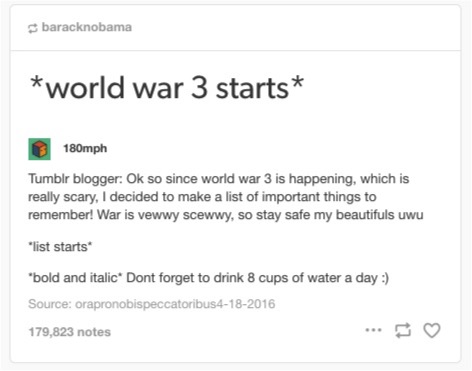 –Tumblr preserves a culture of self-care and self-preservation, demonstrating inclusivity to all needs and abilities, although this has been felt as mere lip-serve or slacktivism.

–Tumblr, while providing a safe space for some marginalized populations and discourses, simultaneously fetishizes, celebrates, and even amplifies negative feelings of self-deprecation, helplessness, depression.

–Tumblr is homonormative. Tumblr is queer. You should read the very excellent work on this by my colleagues here.

So we’ve established some of the platform norms of Tumblr. But how does this relate to commerce/capitalism, celebrity, and consumption on the platform?

This post is getting super long and I am antsy to reunite with my friends in glorious Prague after tapping out for 40 mins to brainfart this in isolation, and so I’ll continue part 2 soon.

But here’s a teaser to whet your appetite:

tl;dr: identity-making and identity politics on Tumblr is tightly linked to visual and actual consumption of commodities that signify one’s camp or brand.

See for instance, how Hufflepuff fans, asexual lesbians, and Kpop fans of Bigbang characterise themselves via these moodboards:

See also musician and Influencer Troye Sivan, who has had a prolonged and strong presence on Tumblr pre- his mainstream music industry celebrity, call out the commodification of oppression:

And see also Tumblr users demonstrating awareness of multiple marginalities and intersectionality (albeit not always in the original vein of Crenshaw): 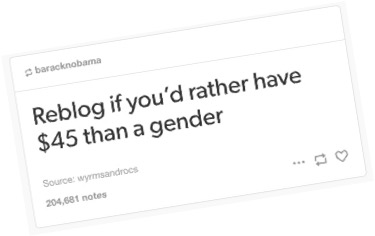 Alright. More soon! Am off to thread on cobblestones and return to my friends. Also, the cobblestones hurt my feet.