This is part 4 of a series of 9 blogposts. Read other posts in the series here:
(1) Introduction
(2) The physical
(3) The body specific
(4) Demographical compatibility
(5) Family life
(6) Self-identity
(7) Gendered imaginaries
(8) Personal interests and abstract metaphors
(9) Existential navigations

This fourth installment aims to loosely thematize some discursive negotiations of love and life based on season 5 of Fei Cheng Wu Rao (非诚勿扰)/If You Are The One around ‘Demographical compatibility’. [Image heavy]

(a) There is a shelf life in the dating market.

And there are some dating-virgins. 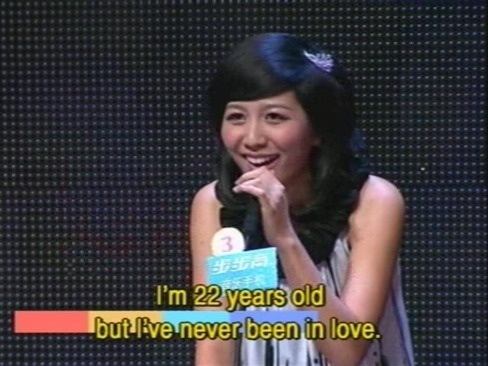 Some attempt to reconcile their singlehood and age by altering self-percept or by reaffirming their principles.

Others are more acute about age sensitivities. 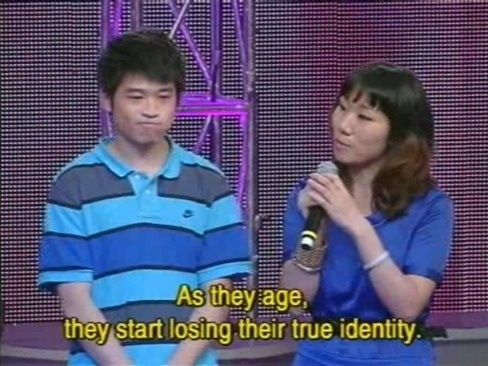 And one mustn’t appear too young or too old, unless, of course, that appeals to the type of partner they are after. 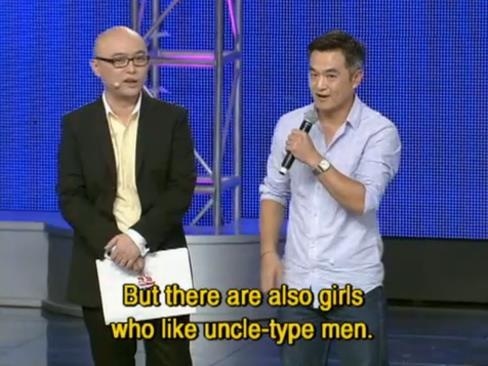 There are the cougars and their willing men.

But men who remind you of your dad always seem to be a no-no.

(b) Some women are forefront about a men’s earning power.

And I mean, really forefront.

Literally, your money = my money.

Although they occasionally try to suss this out by talking about the men’s spending power, or branch into discussions about saving and financial planning.

Some men have family and friends whose insightful/honest/candid revelations cause a string of blue (gooood) to turn pink (baaaad) in succession. (Psst, remember this switch is accompanied by a devastating rejection alarm that echoes in the studio… not the best for one’s self-esteem)

Other men attempt to assert their financial independence.

And some other men, are equally forefront about seeking financial compatibility.

(c) Following from money, some men are after a particular class of women who come with carefully curated tastes, quality of life, and aesthetics.

Others market themselves by connoting a lifestyle of carefree, middle-class leisure.

(d) But having money and ‘class’ isn’t the same as being ‘educated’. And knowledge is crucial currency.

Because the pen is mightier than the sword.

After all, education is scared.

One must choose wisely. 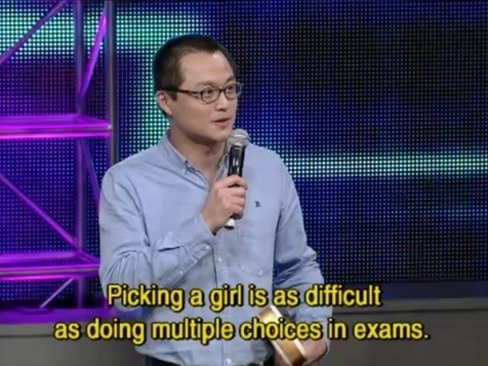 Even when one is unsure if a good education = intellect.

(e) Ah culture. Let the self/Other orientalizing/occidentalizing begin. Some women are pretty adamant about wanting a man from the same cultural background. 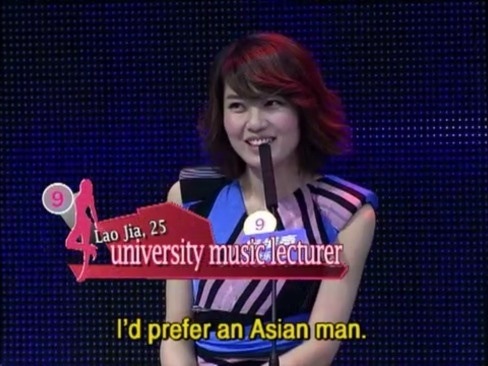 And so, some foreign male contestants are met with rejection.

There are the Chinese men who bear similar sentiments in desiring a woman from the same cultural background.

There are the Chinese diaspora men who have returned to seek a woman of the same cultural background, for a variety of reasons.

And there are the foreign men who have come especially because they desire Chinese women.

For a variety of reasons, of course.

Any thoughts? Beep me! Installment five on Family life to come.