On this Twitter monthsary (sorry), I handcode Snowden’s 198 Tweets to date, and feature selected displays of his Internet savvy. Screengrabs taken on October 30th, 2015, 1200hrs GMT+8.

CAN YOU HEAR ME NOW?

“Can you hear me now?” has since amassed roughly 125k ReTweets and 124k Favourites.

The response ranged from direct YES-es

Most followers, however, rallied behind Snowden to bring his game on.

The momentum of his rising followers, RTs, and Favs surprised many.

Some reacted to his single prized followee.

Others alluded to the 2014 documentary film, Citizenfour, directed by Laura Poitras who interviewed Snowden with reporter Glenn Greenwald.

Soon, all sorts of strange requests starting pouring in.

But my favourite were the Twitter tips from followers.

If anything, Snowden’s first Twitter conversation with renown American astrophysicist Neil deGrasse Tyson or @neiltyson (aka the Internet’s. Favourite. Badass. Meme.), prepared us for the Snowden wit that was to come. 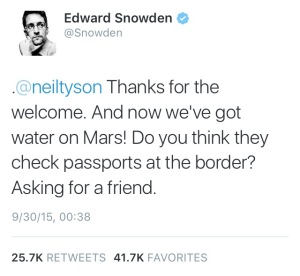 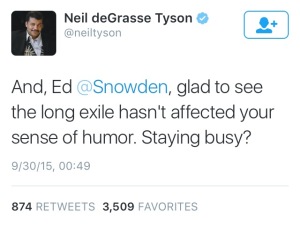 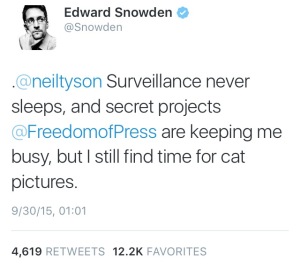 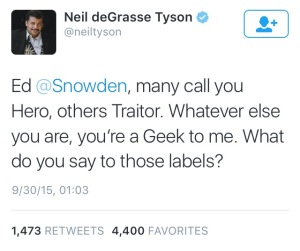 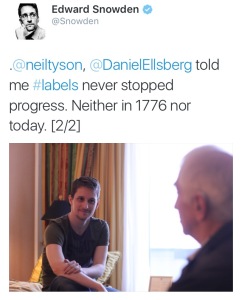 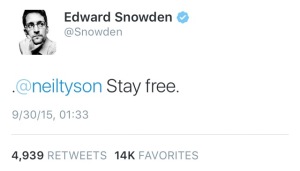 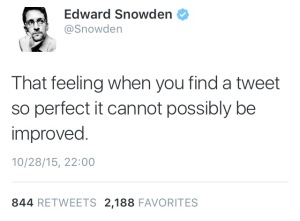 He is also incredibly sassy. 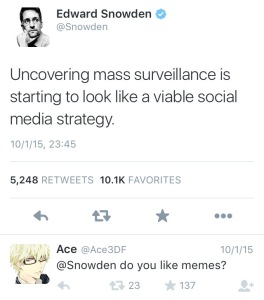 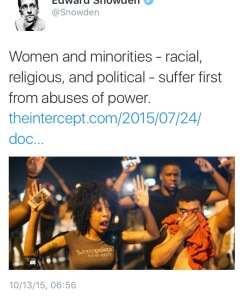 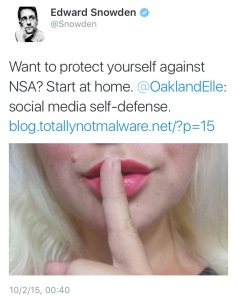 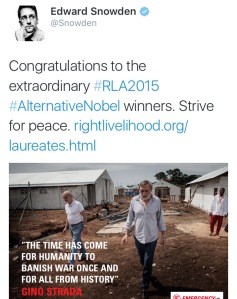 He uses his newfound Twitter clout for good ends.

He even responds to critique in his public engagement. 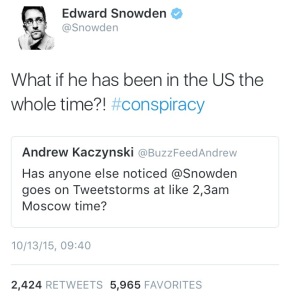 People offer themselves to him. 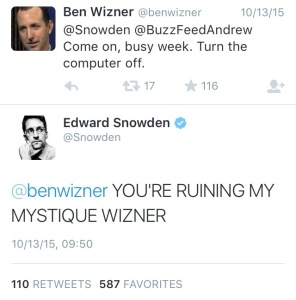 Sometimes he unexpectedly jumps in on conversations. 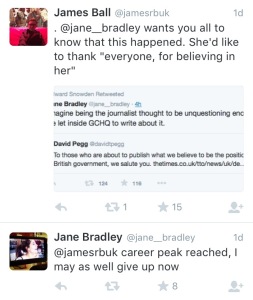 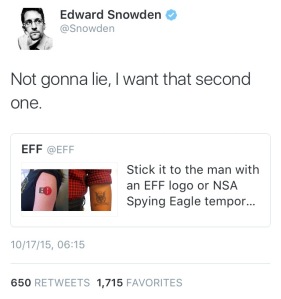 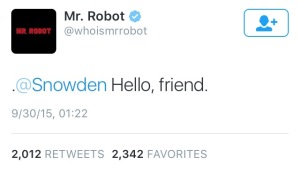 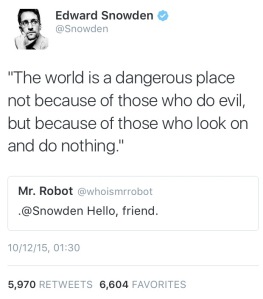 And has opinions about Pokemon. 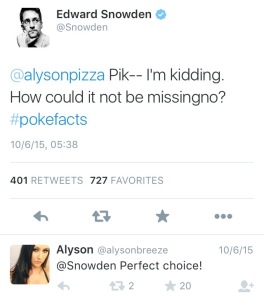 I think he also enjoys Halloween.

However, no one comes as close as the Internet’s resident parody Information Technology Specialist, @SwiftOnSecurity, who is also on Tumblr. 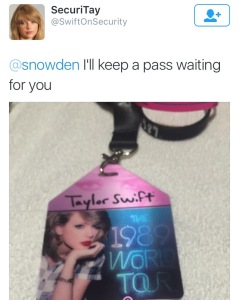 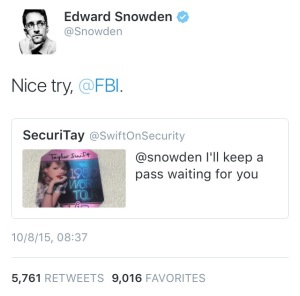 They seem like a subversive Twitter match made in security heaven. And they make nerd jokes about dancing.

Snowden is also partial to cats. 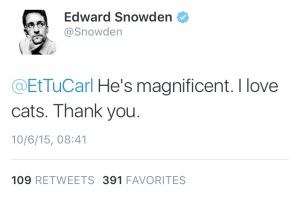 And as soon as that was made known, the tributes starting pouring in. Cats. Dogs. Rabbits. Turtles. Yes. 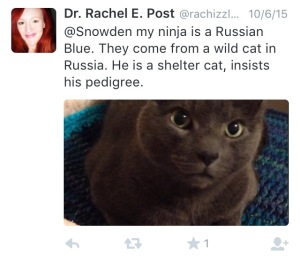 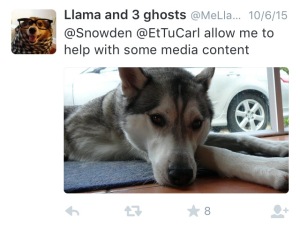 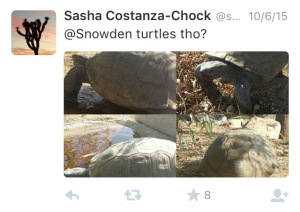 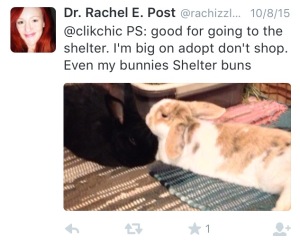 All hail the cat lord. 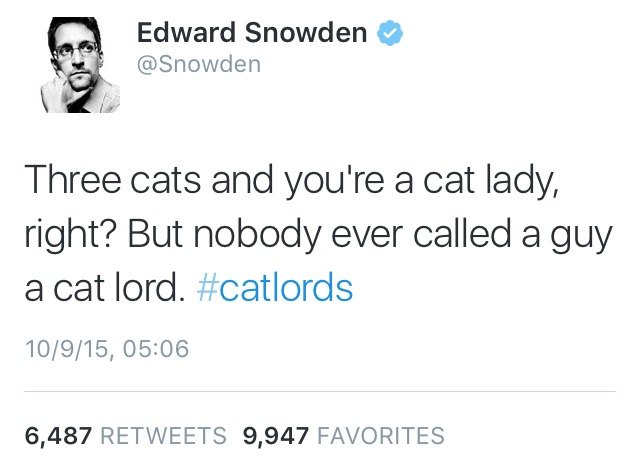 What to make of all of this?

Despite championing human rights, privacy, and free speech under precarious conditions, Snowden is people too.

PS: In the midst of preparing this blogpost, this curious glitch happened. Fun times.