When the Paris attacks took place last week, I spent the early hours after the attack archiving the ways in which Instagram was guiding/leading me to (mis)read information. There, I alluded to how platform algorithms were fueling stereotypic sentiment and adding to moral panics.

In his ReTweet of my post, communications and Internet scholar, Tama Leaver, eloquently worded this as how “automated algorithms amplify speculation and accusation on social media”.

Since then, I have been reading article after article in mainstream/popular/social media about how people are reacting to Muslims, how Muslims are reacting to stereotypes, and how media outlets are framing these reactions.

Some of these address stereotypes, some (attempt to) present (themselves as) allies, while others are plainly (ignorant?) microaggressions. Here are some of my thoughts. Screenshots taken from public websites and public/viral posts on Facebook on 20 November 2015, 1000hrs, GMT+10.

Buzzfeed also produced this video of young Muslim people in a talking head video style, finishing the sentence “I”m Muslim, but I’m not ______”. It’s honest, it’s humourous, and also very relatable; I suppose the idea was to push back against the stigma of being (perceived as) a Muslim, fostered by misinformation and fear-mongering.

Post-Paris attacks, some everyday Muslims began sharing their sentiment towards populist discourses on stereotypes. See also the #MuslimsAreNotTerrorists stream on Twitter, as covered by Huffington Post.

A Facebook user from Singapore, Sulaiman Daud, addressed one such “well-meaning” populist discourse, that the attacks/attackers have nothing to do with Islam. In his Facebook post now accumulating over 43,000 shares, he stresses that Muslims will have to confront this “cancer at the heart of Islam”. 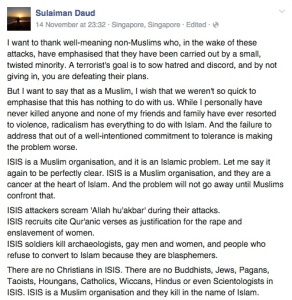 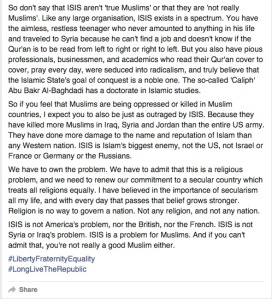 A blogger from Singapore, Jeraldine Phneah, catalogued some responses in the comments thread.

A bar manager from Cardiff, UK, posted the following call to not “lay blame at the doors of the innocent just because of what they believe”. His viral post has been picked up by Mirror, Metro, and Daily Mail among others. 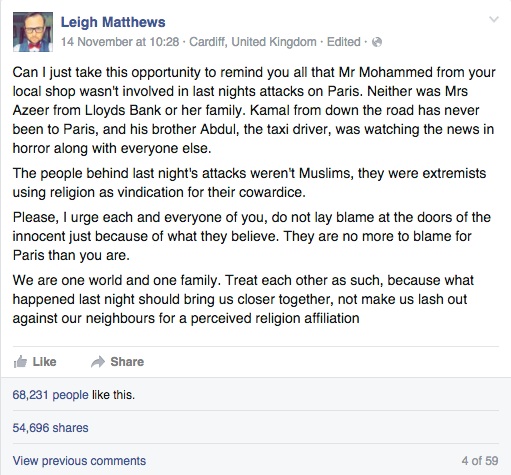 On his publicly-accessible Facebook Timeline, Leigh Matthews shares that he has since been facing backlash and receiving death threats, although support has also poured in.

We move from non-Muslim allies to prolific Muslim personalities. Does this non-Muslim/Muslim distinction matter when prolific public personalities lend their support? I think so, although I cannot really articulate this difference right now.

Some prolific Muslim personalities leveraged on their exposure to share messages. In this article, Buzzfeed reports host Waleed Aly giving his two cents.

On his Australian TV programme, The Project, Aly reminds Muslims and non-Muslims to “come together” because he is “pretty sure that right now none of us wants to help these bastards [the attackers]”. 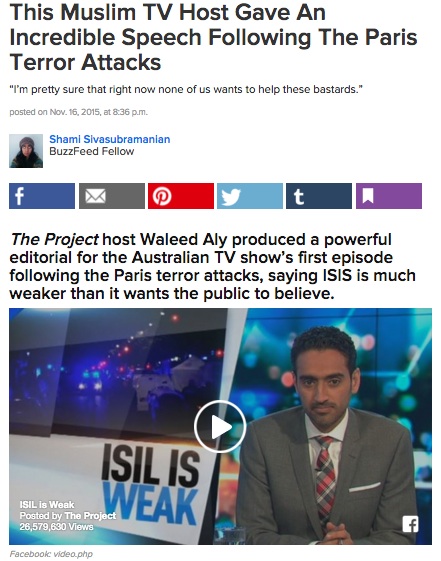 However, some posts confused me. I could not longer differentiate allies from microaggression.

Microaggression is a term coined by professor of psychology and education, Derald Wing Sue, in his book Microaggressions in Everyday Life: Race, Gender, and Sexual Orientation (2010).

In a related journal article, he describes racial microaggression as such:

“Racial microaggressions are brief and commonplace daily verbal, behavioral, or environmental indignities, whether intentional or unintentional, that communicate hostile, derogatory, or negative racial slights and insults toward people of color. Perpetrators of microaggressions are often unaware that they engage in such communications when they interact with racial/ethnic minorities.”

I couldn’t decide if this Buzzfeed article was microaggressive.

The headline reads “19 Muslim Australians Who Are Owning It Right Now”, but the text after was perplexing:

“These guys and girls are breaking down barriers one stereotype at a time.”

What “barriers” are these Muslims breaking? What “stereotype” are we imagining? Who is the audience being addressed?

There seems to be an implicit/implied normative “stereotype” that Buzzfeed’s wide readership is assumed to not only understand, but share.

The article featured (semi-)prolific Muslims in Australia, such as: 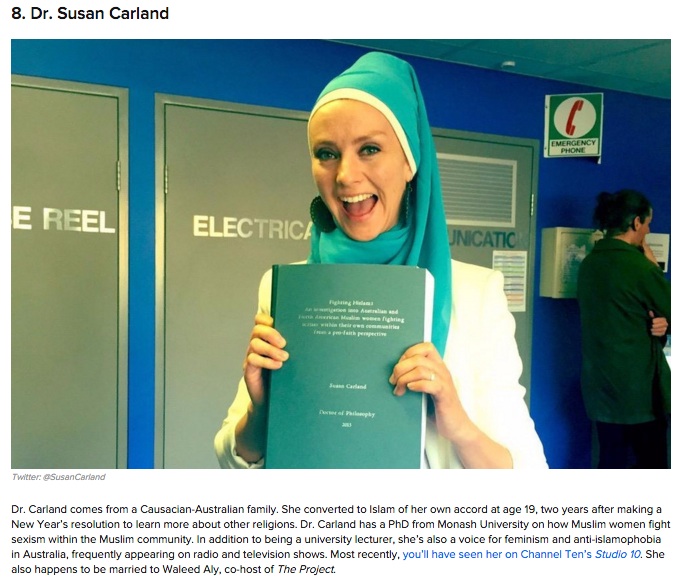 But all of the people profiled were just ordinary people, doing ordinary things well enough to be exceptional in their field, and who happen to be Muslim.

Reactions from Buzzfeed users on the comments thread pointed out that the article was celebrating Muslims for being “integrated into society”, for “being decent human beings”, for “not killing people”.

And I find this very different from the earlier “I”m Muslim, but I’m not ______” Buzzfeed video.

In that example, Muslims were themselves sharing snippets of the everyday and mundane in a bid to inject ‘normative’ narratives into a populist discourse in which Islamophobia was on the rise.

In this example, prolific Muslims are highlighted for their achievements and juxtaposed against others across the “barrier” or “stereotyped” – however the author intended for us to interpret these. 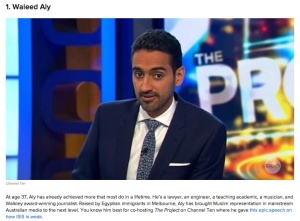 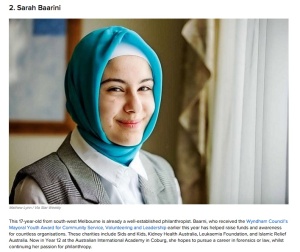 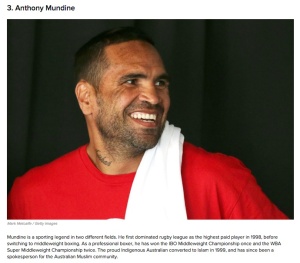 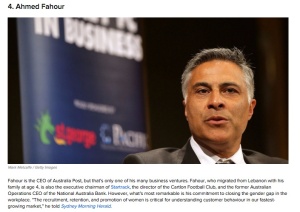 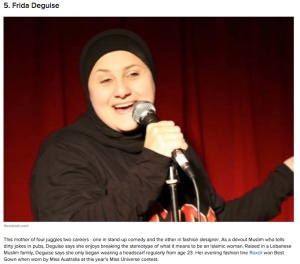 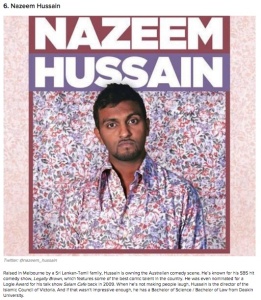 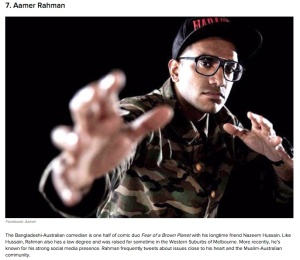 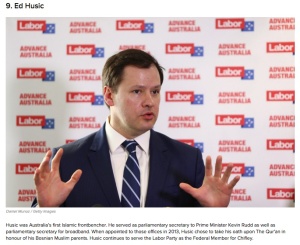 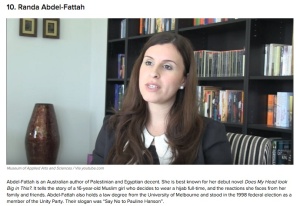 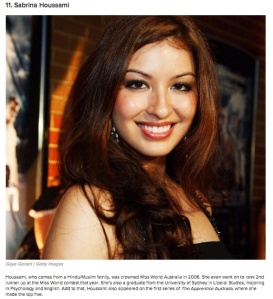 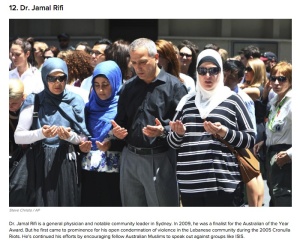 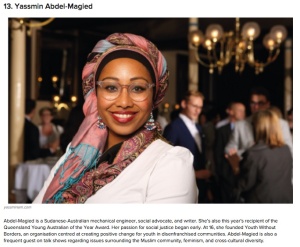 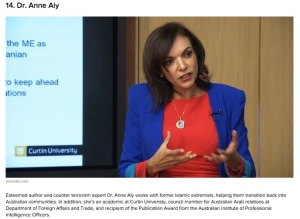 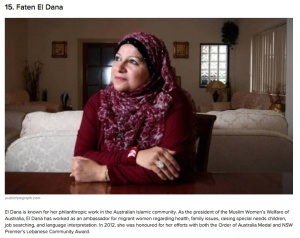 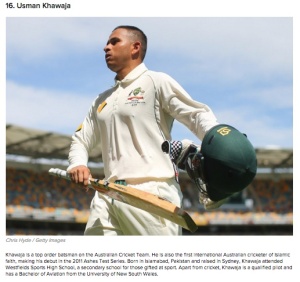 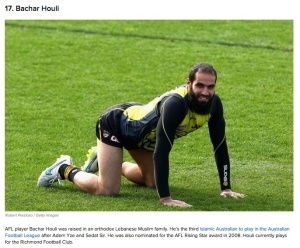 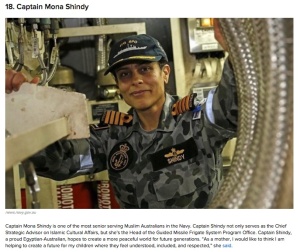 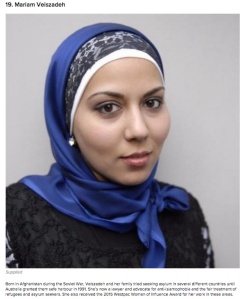 Some of these thoughts on microaggression were sparked by when I read this piece by Marcus Woolombi Waters in The Conversation earlier this week.

In it, he shares his and his family’s experience of being Indigenous Australian in Australia.

These paragraphs really spoke to me: 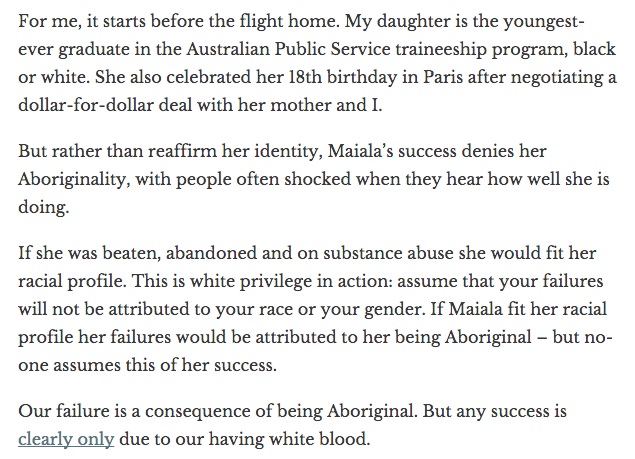 Having grown up in Singapore as a mixed-race person, I identify with this in the ways

1) an honours year classmate found out I was half-Chinese, and exclaimed “no wonder you’re so clever”;

2) I have been poster child for “pseudo-minority student who does well in school”;

3) peers have asked if some of my achievements were attributed to affirmative action.

I’m still trying to work out what distinguishes allies from microaggressions. I’ll sit on it and read a little more. If you have resources and suggestions, can we please chat?

In the mean time, I quite enjoy relating to anecdotes users are sharing on the This Is Everyday Racism Tumblr. It also encourages me to re-think my everyday, subconscious practices when I relate to people.