Mr Lee Kuan Yew and the spectacle of death: The first twelve hours on social media

27Mar15 edit: My thoughts on the viral hate here.

Hi folks, I realize this post has circulated far more widely than I had anticipated, roused an extensive array of public sentiment, and been positioned in various ways to rally for different agendas or reflect different opinions. While all this publicity is gaining traction, I’d like to signpost a few things:

1) This mode of data archiving and tracing emergent sentiment in the vernacular is what I do in my job as an academic and media scholar. In particular, I have an academic interest in Instagram. Please feel free to browse through my similar work on #OccupyCentral, #CharlieHedbo, #JeSuisAhmed, The Instagram Purge, and Instagram’s Downtime.

2) I am an academic writing up an analysis on a phenomenon on social media in the space of an academic blog. The analytically clinical tone of the piece has stood out in the wake of much public grieving in which citizens are sharing personal stories, memories, and sentiments of the late Mr Lee, but this post is not a personal story. It is a summary of my personal scholarly observations, and was not deliberately framed to be disrespectful.

3) I am reporting on the early trends and tropes (first twelve hours) on social media among the populace in the vernacular, and some of the ways the coverage by mainstream media disseminated on their respective social media platforms may be shaping this public sentiment. What these popular trends, tropes, and reactions emerge to be or reflect are not within my control.

5) I have adopted descriptors (i.e. ‘legend’, ‘draconian’) commonly utilized in the academic research and international press coverage about the late Mr Lee and Singapore. While I have not coined them, I believe the expressions adequately convey the themes I had coded and observed.

The first Prime Minister of Singapore, Mr Lee Kuan Yew, passed away at 0318hrs on 23 March 2015 at the age of 91. His death at this time is especially significant as this year is to be Singapore’s 50th year of independence, memoralized as a yearlong national campaign, branded #SG50. The official tribute website for Mr Lee is Remembering Lee Kuan Yew.

Here are some personal observations on the spectacle surrounding the death of a political legend in the first twelve hours on social media. Screen grabs taken from Channel NewsAsia Singapore’s Facebook page, The New Paper’s Twitter account, and public Instagram tributes posted on hashtags #RIPLKY, #PrayforLKY, #ThankyouLKY, and #RememberingLKY.

Today on my social media:

a) International friends discovering Singapore’s draconian structures for the first time and exercising their messiah complex.

c) Suddenly, everyone has an opinion on Singapore. 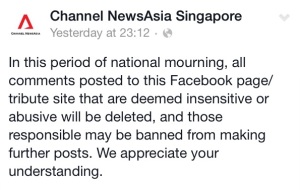 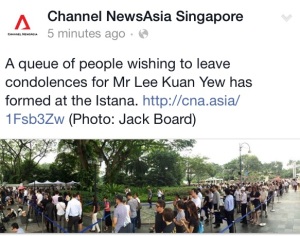 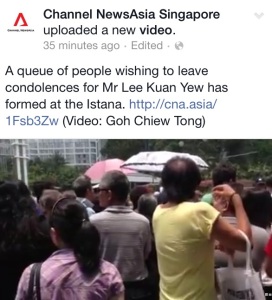 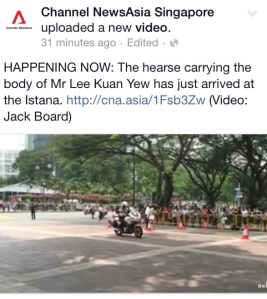 3) Making a list. Checking it twice. Finding out who has demonstrated public diplomacy and who hasn’t. Race you. 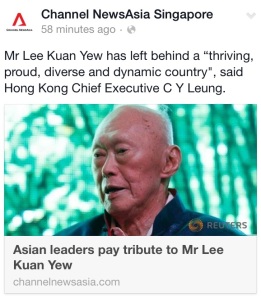 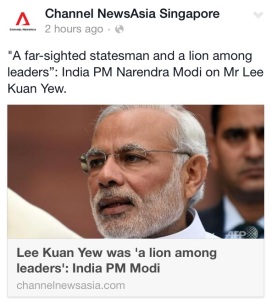 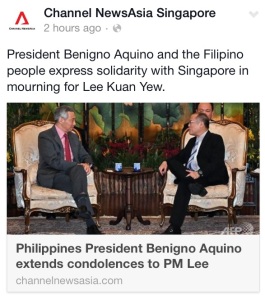 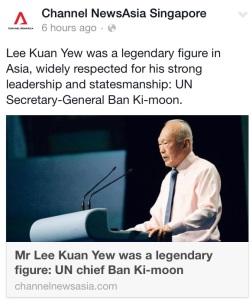 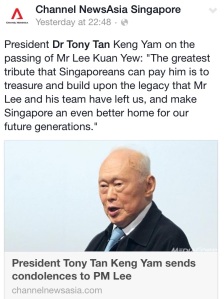 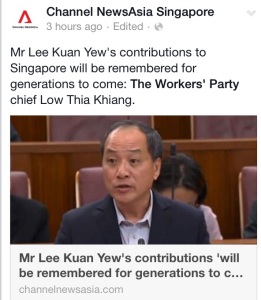 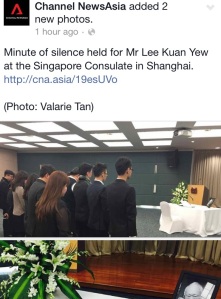 Also, all the cyber-hugs to all my friends in journalism and media who are probably going be working non-stop for the next 72hrs.

5) An official discourse of a life history is organized and disseminated. 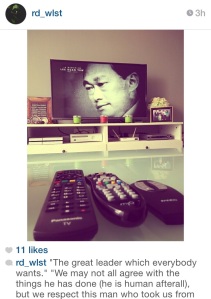 6) A draconian politician is humanized.

Also, all the cyber-hugs to all the educators rewriting social studies texts for next year. 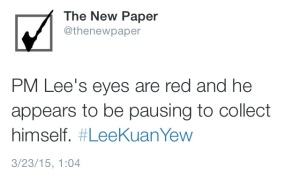 Brainfart: I wonder how all the politicians’ children whom I went to school with will have to exercise public grief when their parents pass away. How are children of politicians schooled into public affectation? Is there an organization or mentoring programme of sorts?

8) Tributes from citizens at the fringes are highlighted. 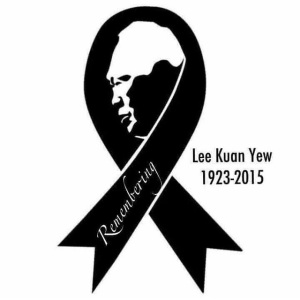 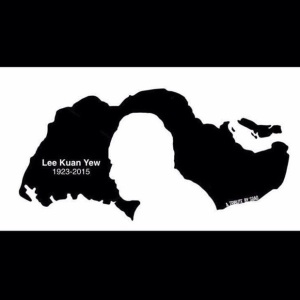 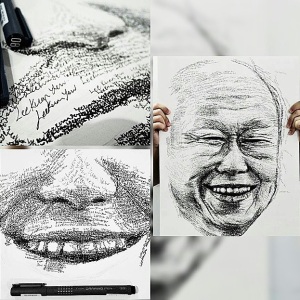 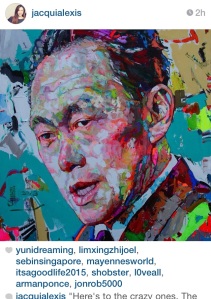 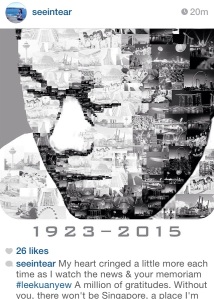 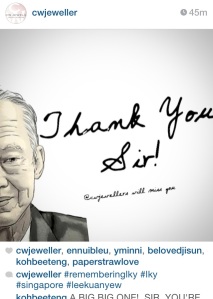 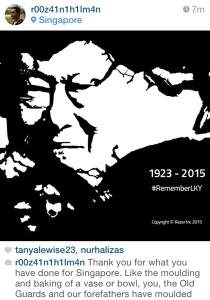 11) Despite his strict command as a hyper-masculine disciplinarian and founder of the state, Mr Lee has also managed to be remembered as a loving husband. 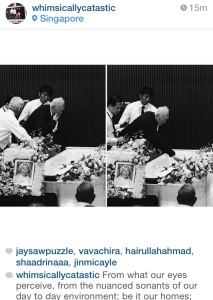 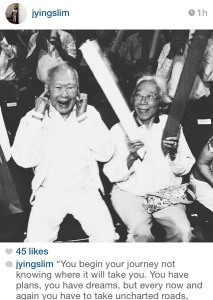 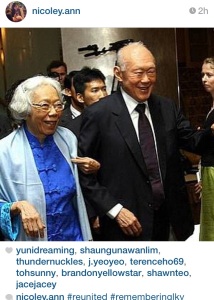 12) And as a counterpoint to his extreme paternalism, he is also fondly remembered by citizens as a doting father to his children. 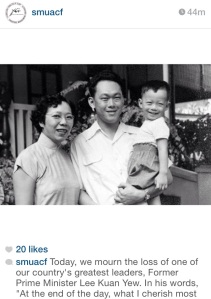 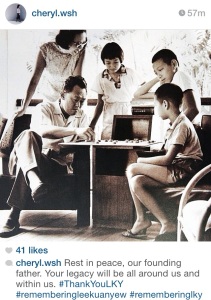 13) SGAG, the local user-generated version of 9gag, is respectfully taking a break from their usually jabbing political satire. 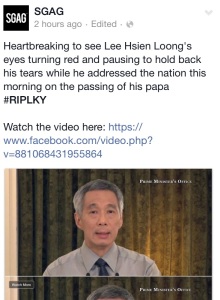 14) Meanwhile, this is how the most prominent local Internet vigilante group, SMRT Ltd (Feedback), wants to memorialize a legend.

And this is how histories become selectively myopic,
sympathetic populism reigns,
collective effervescence kicks in,
and gods are made.